Posted on September 8, 2011 by Martha Phelps Studio ~ creative on purpose

I once read an article about finding appropriate ways to physically connect with our growing children. In the piece, one dad described feeling awkward about touching his daughter “now that her body was changing.” His remedy for his discomfort was to start giving his girl foot massages.

The story brought back a memory of the first time my own father informed me that I was “too big” to sit in his lap,  and I found myself wishing my dad and I had come up with a similar alternative that we both could’ve benefit from. The loving touch of those whom we trust and care about is important, not just to us as children, but throughout our lives.

I know there are complicated sides to this topic. And, no disrespect intended, I don’t want to dive into a deep conversation about how people have been hurt through touch. Worse – hurt by those who claimed to love them. It’s horrible, and it should never ever happen. And I truly respect why for some, being touched is a really scary event.

But if you’re willing, and if you’re able, and if it’s benign and gentle, and if they are open

too – touch the people you love with tenderness. Give up a gentle stroke, a kiss on the brow, a laughing embrace or a shoulder hug. Cradle your children in your arms until they’re big enough to cradle you in theirs and remember to hold hands with your aging parents.

It’s a well know fact in our family that my son loves to have his hair played with. Over the years, he has managed to train his sisters to massage his scalp whenever their hands are free and he’s sitting still. He purrs like a cat, and they totally delight in making their brother happy. When chemo took his thick

curly locks there was but a moment’s hesitation. He had lines in his arms and in his chest and getting close enough for a decent hug wasn’t really an option, so everyone just reached out for his noggin. Turns out, touching Reid’s beautiful bald head is pretty wonderful.

A simple pat on the back only takes a moment, but the connection it creates might last hours, or even a lifetime. Practice the art of touching. 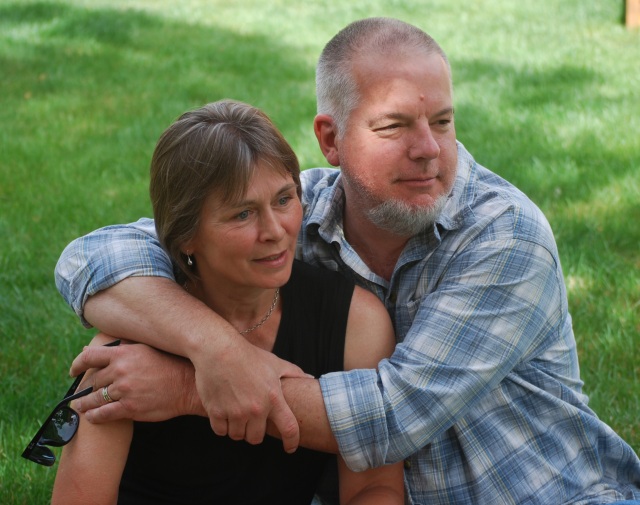 ...a meandering journal of a changing life and the unexpected graces it brings. Earlier posts may provide some history, but this series of writings aren't likely to follow a straight line as I explore topics such as raising kids, making choices, self discovery, the impact of change on a family and how to (hopefully) live with balance and purpose. www.marthaphelps.com
View all posts by Martha Phelps Studio ~ creative on purpose →
This entry was posted in Siftings and Essays of the Heart and tagged Finding balance, Healing, Healing Touch, Love, Relationships. Bookmark the permalink.