Posted on September 26, 2012 by Martha Phelps Studio ~ creative on purpose

Whoever imagines their life as a straight line hasn’t been paying attention.

It’s likely they’ve never had kids – the ultimate
scramblers of all things planned,
or lived in a messy house with a roommate who
pilfered food from the pantry and invited loud people over late on work nights.

Just maybe –
they’ve never accidentally hurt someone they love
and wounded with the wrong words spoken too abruptly at the worst time,

or simply made an ass out of themselves in a public place,
or sobbed loudly at an otherwise grief-appropriately contained memorial service,
or drank good wine and danced too much
and felt embarrassed in the morning….

Possibly (in their estimation), life has been “calm” and “collected.”
BUT IN FACT
these nice folks are living under an illusion –
where “calm” is code for “boring” and
“collected” when deciphered, actually means:
Disconnected from the passion of being human.

I cannot, from this well-worn perspective,
imagine how much would be missing if my life line weren’t bent, tangled,
twisted into an occasional knot and even broken in some places.

I would have never opened my arms with desire,
tasted sweetness as well as burnt edges,
laughed all the way into tears, nor felt the deep ache of lost friendships.
I’d never lie awake – clutched by the fears and worries of 3 AM madness, or sit in peaceful
prayer while staring into the eyes of a fire, or watch a cobalt night rise, or smell the musky rich rot of late September soil.

Thank god for the unmade beds and squabbling children who later laugh together,
for the weeping I’ve done when I least expected it, for the friendships that have been at all , the paint brushes that have fallen apart from use – not neglect; thank god for the wine, for the dancing, for the unkempt hearts, the imperfect pies crusts, the unexpected and beloved visitors, and mostly – mostly

for the wondrous and beautiful chaos I savor on the dog legged path. 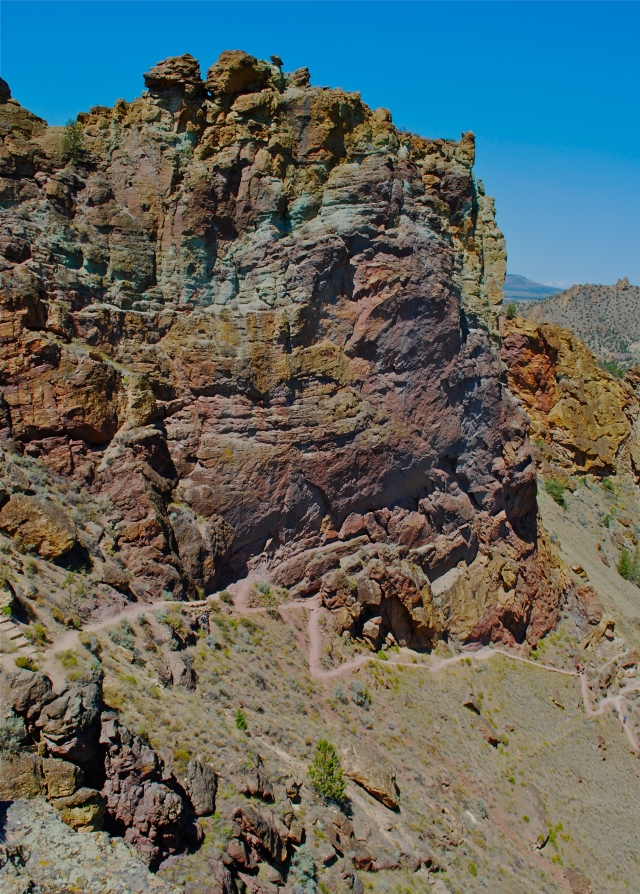 ...a meandering journal of a changing life and the unexpected graces it brings. Earlier posts may provide some history, but this series of writings aren't likely to follow a straight line as I explore topics such as raising kids, making choices, self discovery, the impact of change on a family and how to (hopefully) live with balance and purpose. www.marthaphelps.com
View all posts by Martha Phelps Studio ~ creative on purpose →
This entry was posted in Poetry (matters), Siftings and Essays of the Heart, Through My Lens, Written by Herself and tagged Connection, Finding balance, Honesty, Oregon, Original Poetry, Play, Poetry (matters), Reflection, Selfhood. Bookmark the permalink.

1 Response to The Dog Legged Path