Posted on January 1, 2014 by Martha Phelps Studio ~ creative on purpose

she would pause – mid breast snack –
to rest her blonde head in the curve of my arm.
Small fingertips would play across
my bare skin; they’d dance
back and forth (always with a tiny baby finger demurely held aloft)
while she marked out her territory over my heart.

In the toddler years, she would clutch the hem of my dress or rest
her sticky palms against my knees.
I was a shield, her sturdy pole,
the human tree she hid behind in order to safely watch the world.
And if for a moment I’d shake her loose,
it was never long before she would return –
careening into me at top speed –
her little body eager to reattach itself to mine.

But it wasn’t just me she loved to touch.

Her brother grew accustomed to

a pair of determined wiry arms regularly around his neck,
and the way she forever sat next to him just a
tad bit closer than necessary.

At school
her classmates whined that she was always hugging them
(I’d see it in action each morning
as exuberance would overcome reason).
She’d capture her friends, and their small bodies
would stiffen in surprise.
Locked into a straightjacket clutch of unbridled joy,
they would grunt a protest. Only then
did she release them with a triumphant grin.

I once asked my mother, “Will she ever stop?”
And she quietly told me to enjoy it while it lasted, because
“she might not always want to hold your hand.”

But still, she held on. She piled unbidden onto my lap,
draped herself across her siblings,

and launched her body into the arms of teammates. She was
first to wrestle,
last to let go,
queen of the “zero daylight between two bodies” embrace,
and inventor of the long strong hold with no exit strategy
and little choice other than to surrender
and breath deeply.

And now. Now I know the texture of her hands as
surely as I know my own
and feel the comforting weight of
her arm slung across my shoulders – even when we are far
apart. I can close my eyes and see her, head tilted back
in laughter – while she is fiercely squeezing new friends,
and holding their hands for the joy of it.
She is marking her territory upon their hearts,
and I pray that she will never ever stop. 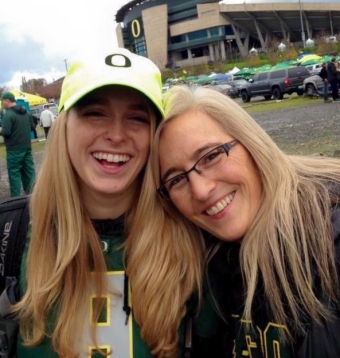 ...a meandering journal of a changing life and the unexpected graces it brings. Earlier posts may provide some history, but this series of writings aren't likely to follow a straight line as I explore topics such as raising kids, making choices, self discovery, the impact of change on a family and how to (hopefully) live with balance and purpose. www.marthaphelps.com
View all posts by Martha Phelps Studio ~ creative on purpose →
This entry was posted in Poetry (matters), Through My Lens, Written by Herself and tagged Childhood, embrace, hugs, Motherhood, no boundaries, Original Poetry, touch. Bookmark the permalink.