Posted on August 11, 2020 by Martha Phelps Studio ~ creative on purpose

The garden isn’t only about eating homegrown food.

It is – literally – nine months out of each year of my entire life (save a few squandered college years when I lived deep among the concrete trolls near Hayward Field with nary a patch of dirt to stick a spoon into, let alone a spade).

It evokes memories of my father standing in dusty black rubber boots with the red rims, leaning into a shovel, and his bent straw hat tilted back from his sweaty pink face as he diligently turned the soil in early February.

It is waking to the “chiichiichii” of sprinklers on summer mornings and the promise of having a colander pressed into my hands to “go pick something for dinner.”

It brings back flashes of my mother, ever the dedicated multitasker, crouched among the thick September vines to pick tomatoes with one hand while deftly pulling weeds with the other.

And it is the strange prayer of gratitude that I say now – first, when I sit on springtime’s wet mound and watch fat worms in the surprise of light as we till new soil. And then later in August, when I carry that same deep dirt inside the kitchen on my muddy bare heels – after going to the garden in the cool of morning to find a new gift. 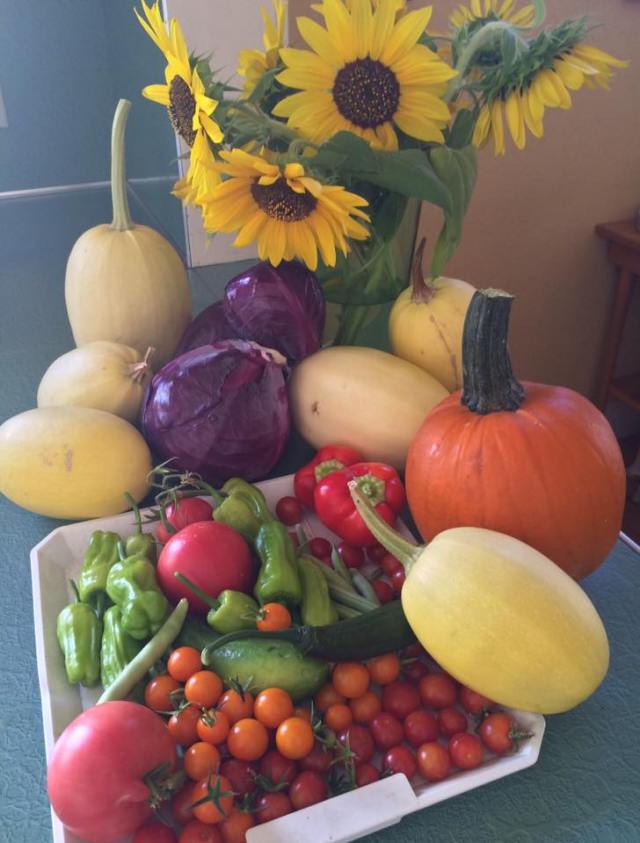 ...a meandering journal of a changing life and the unexpected graces it brings. Earlier posts may provide some history, but this series of writings aren't likely to follow a straight line as I explore topics such as raising kids, making choices, self discovery, the impact of change on a family and how to (hopefully) live with balance and purpose. www.marthaphelps.com
View all posts by Martha Phelps Studio ~ creative on purpose →
This entry was posted in Through My Lens, Written by Herself and tagged gardening, homegrown, homemade, Memories, remembering, summer. Bookmark the permalink.